21-year-old Felix aka "FalaXii" has been able to build up a loyal community on Twitch over the last few years. He streams daily on Twitch and delights his viewers with high-skill gameplay, especially in the long-running battle royale Call of Duty: Warzone. He also runs a YouTube channel on which he posts three videos a week. FalaXii is very well connected in the German Call of Duty community and has already successfully participated in several tournaments, including countless Twitch Rivals, but also the COD Legends tournament. 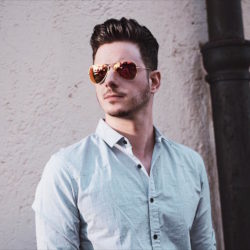